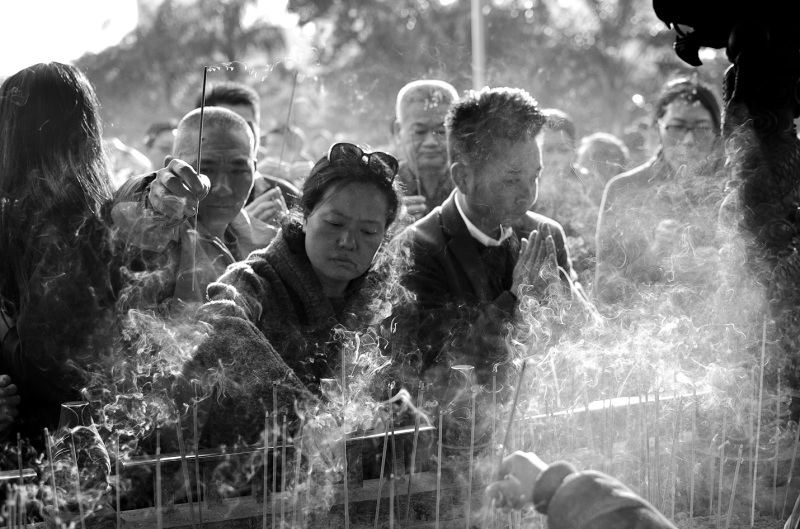 Posted by shoti (somewhere in, China) on 15 February 2016 in Documentary & Street and Portfolio.

The first day of the Lunar year of 2016, Chinese people flock to temples, giving thanks and praise to heavenly deities that include the Buddhas and Mazu and several other astral beings, protectors of wealth and givers of happiness. This is taken in Nanputuo temple, most popular Buddhist temple in Xiamen and known in whole of China. Believers light incense, say their prayers, and bow to the four directions of the earth before planting it on a tray facing the temple's gate. The vast amount of people visiting the place make it look like they were tides in a sea, ebbing and flowing as they move about.