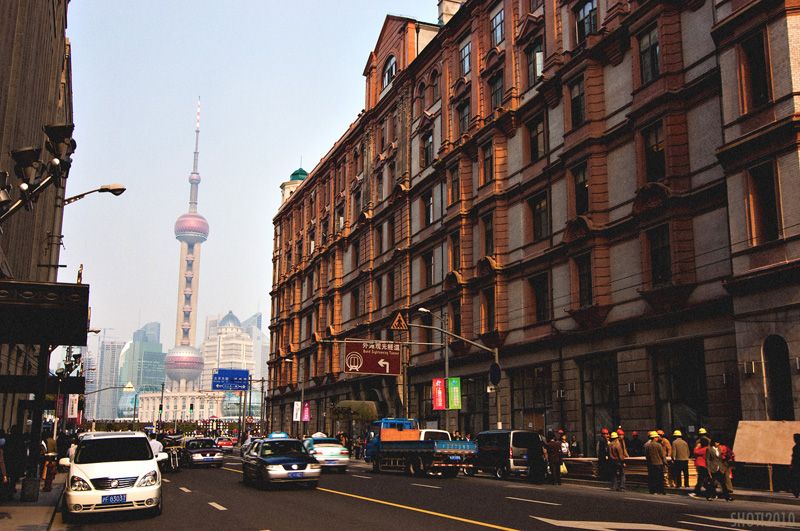 Posted by shoti (somewhere in, China) on 3 May 2010 in Cityscape & Urban and Portfolio.

went to Shanghai to accompany 3 cubans, the 2 girls separate with the other 1 guy, to the airport for their flight back to Cuba. One of the two girls can speak English, so I didn't had much hard time talking with them. But when we met some problems in the airport, the girl just felt dizzy and said she can't understand any english anymore. good thing we solved the problem and they're back in their respective homes now. The other guy speaks no English at all, except for some words like "good" or "thank you" or "yes". communication was a real struggle since I can only speak very little Spanish(many Filipino words came from Spanish and my hometown speaks a dialect similar to Spanish), and I'm not sure if the words we use have the same meanings in Spanish. but luckily we managed to converse effectively, albeit a bit hard and must be accompanied with some gestures.

Very nice shot of this huge city where ancient and modern coexist. Fortunately, some gestures universal sound when we do not understand. : D!! Good day.

I smile at your caption :) Interesting with an image we don't see the link immediately, i like the combination and those workers with their helmets on. Nice tones for a timeless image rich with various architectures, all very interesting.

@k@: haha yes, the caption doesn't have any connection with the image. anyway, I don't want to influence other people's thinking by saying that 'i like this because of..' or things like that. I want to see raw reactions from viewers. and the story is an explanation why I wasn't present in the community last week ;)

A difficult exposure to get right in that strong light, a good compromise between the street and the background.