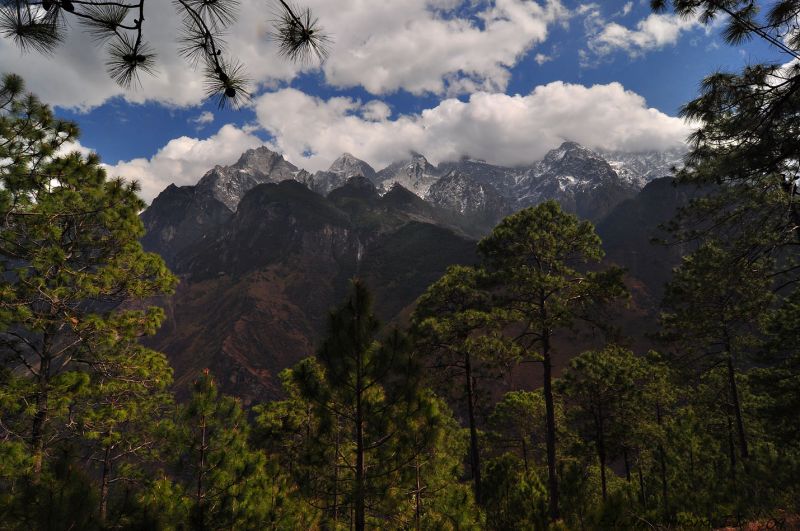 ok I don't really know what title fits this image. took this upon reaching this point where pine trees grow at the two sides of the trail and Yulong Xueshan can be viewed.

This trek wasn't part of the original plan, since Rough Guides said it will take us two days to finish it. We thought we didn't really have that much time since we plan to visit Shangri-la, another place in Yunnan province. But people keep saying that that time was not right for travelling in Shangri-la since the snow would be very heavy there. we're not equipped and we can't appreciate Meili Xueshan, another snow mountain situated there. So we decided to scrap Shangri-la out of our plans and head straight to Tiger Leaping Gorge. Nobody said it was easy, nobody said it will be. nobody said it will be this strenous. Me and my brother brought our laptops with us. yeah, we're that genius. laptops on a backpacking trip. But we really didn't planned to go on a trek like this seriously..

window on the world ! a wonderful wild world ! a very beautiful framing and nice colors; a great trek indeed !

STUNNER !!! I am really amazed with each shot from this series !