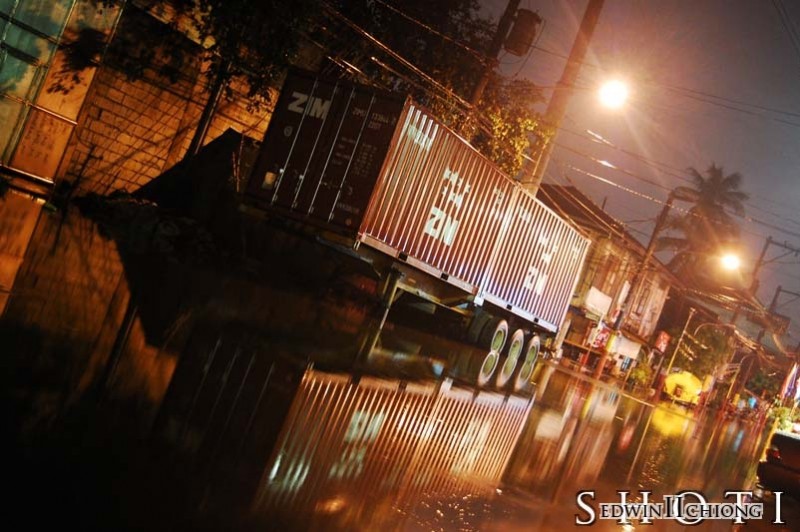 Posted by shoti (somewhere in, China) on 1 July 2008 in Cityscape & Urban and Portfolio.

the typhoon frank showered rain in Manila, also in other parts of the Philippines, for about 14 hours, flooding many parts of the city and caused brownout in some districts, including ours. great.

the typhoon also capsized one ship, killing about 700 of my fellow countrymen.. I hope they're now in peace..

this shot was taken about an hour after the rain stopped. the flood level were lower than it was earlier, which was about 2-3 inches above the knee..

It looks so peaceful in the photo. I hope you've not suffered too much damage.